Al toured and recorded with the legendary singer Ben E. King for 25 years and was his Musical Director from 1996 until his passing on April 30, 2015.

Al performs with Soul Blues artist Vaneese Thomas. He has played shows in the US and Europe to support her 2016 CD “The Long Journey Home”. He co-wrote four songs and co-arranged all the material for her 2019 release, “Down Yonder”. Currently working on material for a late 2021 release.

Al held the Guitar 1 chair at Kinky Boots on Broadway from February of 2018 until it’s closing in April 2019. He has also performed at many other Broadway Shows including Ain’t Too Proud -The Life and Times of the Temptations, Beautiful the Carole King Musical, Something Rotten, Hairspray, Aida, Smokey Joe’s Cafe, Catch Me If You Can, Motown The Musical, Footloose, Saturday Night Fever, Rocky Horror Show, and Little Shop of Horrors.

Al is currenty accepting students for private instruction. Lessons available in his New York area studio and via Zoom.

Check out Al’s work on the latest release from Vaneese titled “Down Yonder.”

Al is currently performing with Soul Blues artist Vaneese Thomas, supporting her 2019 CD, “Down Yonder”, which was released August 23rd, 2019. The album once again reached the top 10 of The Roots Music Report’s Contemporary Blues Album Chart. Her third CD to do so. Several songs reached the top 50 on the singles chart as well. The song “Legacy Of Pain” co-written by Al and Vaneese, featured a guest vocal appearance by Kevin Bacon.

“Down Yonder” followed her successful CD, “The Long Journey Home”. Released on September 16th 2016, the CD stayed in the top 10 of The Roots Music Report’s Contemporary Blues Album Chart for many weeks. The song “The More Things Change” co-written by Al and Vaneese, reached Number 7 on the song chart. They have had concert appearances at Blues Festival Baden, Switzerland, Pennsylvania Blues Festival, Lucerne Blues Festival, Switzerland, Lugano Blues to Bop, Switzerland and The Halloran Center, Memphis TN.

“I worked with Ben E. King for almost 25 years before his passing in 2015. I was his Musical Director/Band Leader for the last 19 years. When I first met him he was still a young man of 51, which was younger than I am today. I have spent the greater part of my adult life and professional career working next to Ben E. During that span we played 1000 shows together in every conceivable venue from small clubs and private parties to theaters, parks, arenas, stadiums and racetracks. We did TV shows and radio broadcasts. The band ranged from quartet to the standard R&B band with horns, to Jazz style big bands, and pops concerts with 60 piece symphony orchestras.”

In memory of Ben E. King.
This is Al’s tribute to this great artist and friend…” Special thanks to Charlie Lagond on Keyboard.

“Put it in your Pocket” 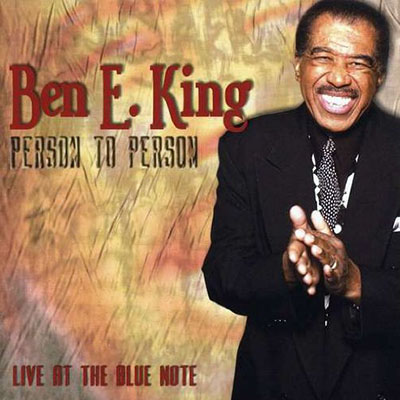 In Memory of Alan Berman

It is with a heavy heart that we share the news of the passing of our band mate Alan Berman. For the last 8 years, Blues Corruption has been having fun playing music and more importantly, we became a family. On October 18th, 2018, our band mate, brother and dear friend Alan passed away. Alan has left us much too soon and he will be greatly missed. As our bassist and keyboard player, he was a strong and steady presence in our group, and his sense of humor and down to earth demeanor made spending time with him both enjoyable and memorable. His love and joy of playing music was a major part of our band’s spirit. Over the years, Alan documented virtually all of our performances. We are grateful to have countless hours of recordings and videos preserving his legacy as a member of our musical family. The experiences we shared with our friend will not be forgotten. We thank him for all the music, for sharing his gifts with us, and, most of all, for his friendship. Our hearts go out to his wife, Elaine, who has always been and will always be a member of the Blues Corruption family. Rest in peace, brother.